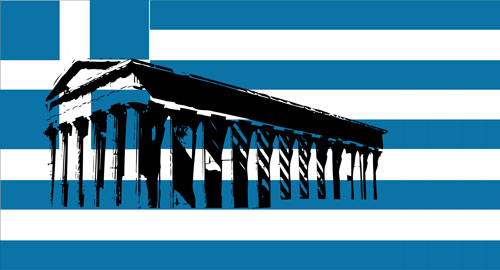 Ancient Greek is the historical stage in the development of the Greek language spanning the Archaic (c. 9th–6th centuries BC), Classical (c. 5th–4th centuries BC), and Hellenistic (c. 3rd century BC – 6th century AD) periods of ancient Greece and the ancient world. Its Hellenistic phase is known as Koine ("common") or Biblical Greek. Ancient Greek was the language of Homer and of classical Athenian historians, playwrights, and philosophers. It has contributed many words to English vocabulary and has been a standard subject of study in Western educational institutions since the Renaissance. Latinized forms of Ancient Greek roots are used in many of the scientific names of species and in scientific terminology.

The influence of Ancient Greek Literature on Western Literature has been enormous. In fact, the frame of Greek literacy genres has been almost perfectly adopted by Latin literature, firstly, and then by the European literatures, until the 18th century. The Greek works were well known by Roman writers, as well as by European writers since Renaissance. So, these works, particularly the Homeric poems and the tragedies were the model for the successive writers of the same genres. In this influence was determining the fact that, since Renaissance, the Greek Literature was taught in the European high schools, along with Latin literature, and still is in some countries, like Germany, Austria and Italy. So, the influence of Greek literature exceeded literature proper and also hit, for instance, philosophy (like in the thought of Friedrich Nietzsche) and psychology (like in the theories of Sigmund Freud).